September is almost over so I thought I would share this month’s writing update with you tonight. I was very productive at the start of the month and reached an important milestone with my book, but then I ran out of steam a little. I hope you enjoy reading, leave me a comment and let me know how your month went! 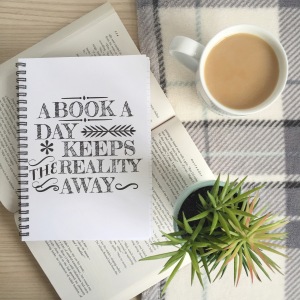 This month I finished my first round of edits on my book, I am so proud of myself! It took me a few months to edit through the chapters but I am so glad I did. The story feels so complete now and it finally feels like a real book, not simply a draft. Before editing the book was 100,022 words and 44 chapters long, now it is 105,962 words and 46 chapters long! So I added 5,940 words and 2 chapters whilst I edited.

I was asked how I edit and I don’t have a very good answer. I simply read through each chapter and reword things, fix typos, remove unnecessary scenes or sentences. I also had to add in place and characters names which I missed out on the first draft. I used the edits that my lovely critique partner Mia (TheCosyReader) had done for 24 of the chapters. Her feedback really helped me so I can’t wait to see what she thinks of the rest.

Once I had it all edited, I wrote down what happened in each chapter on post-it-notes. I used a different colour for each character POV and then spent my Saturday evening rearranging them on my wall to plan the chapter order. Once I had my chapter order sorted I wrote it down in a notebook, and that was the last I worked on my book.

I uploaded some really motivational writer interviews this month. One from a self-published author, two from writers still working on their drafts and then one with the Wattpad author 4EvaHannah who’s book has been read over 16.3 million times!

After I stopped editing my first book, it was like floodgates opened within my mind and a flood of new ideas appeared. I am finding inspiration everywhere so I keep having to make notes on my phone or run and find a notebook to plan in.

My first main piece of inspiration came from the music video for Cold Water by Major Lazer. The video features lots of panoramic shots of Iceland as well as four beautiful women dancing. I won’t explain the ideas it brought to my mind, but it left me wishing I could freeze time and write a whole new book!

The next main idea came to me quite randomly. As my first book is inspired by a very early pre-Christianity Scotland, I was inspired to research and plan another world centred around Scotland in the Late-Middle Ages. I love Scotland so much, I just can’t stop thinking of new ideas based on my country and it’s folklore. I want to share it’s magic with everyone. I also spent a lot of time researching folklore which I didn’t include in my other book, and it’s been so exciting creating a whole new world with different rules and magic.

I have been considering writing on Wattpad for a few months now. I like the idea of working on a short story and seeing feedback chapter by chapter (if anyone reads it). After interviewing Wattpad author 4EvaHannah, I decided to go for it and plan a short story.

The short story takes place in the same world as my first book, but a smaller area which you don’t see very much in the book. I wrote the first 1,000 words but then stopped as I went back to university. I really like the short story I have planned, so in October I definitely want to go back to it and get some more writing done. Possibly even post the first chapter!

Whilst I ran out of steam a little after finishing the first round of editing my book, I did do a lot of planning and managed to do a little bit of writing so September was quite a productive month for me. I am back at university now, so in October I am going to make an effort to find a good routine that lets me fit writing in around university work and reading.

I hope you enjoyed reading this month’s writing update, if you missed it you can check out my August Writing Update and see what I did last month!

One thought on “Writing Update: September 2016”

Hello, my name is Christine and I'm a reader, writer and reviewer from Scotland. My first book THE CHANGELING'S JOURNEY is out now!